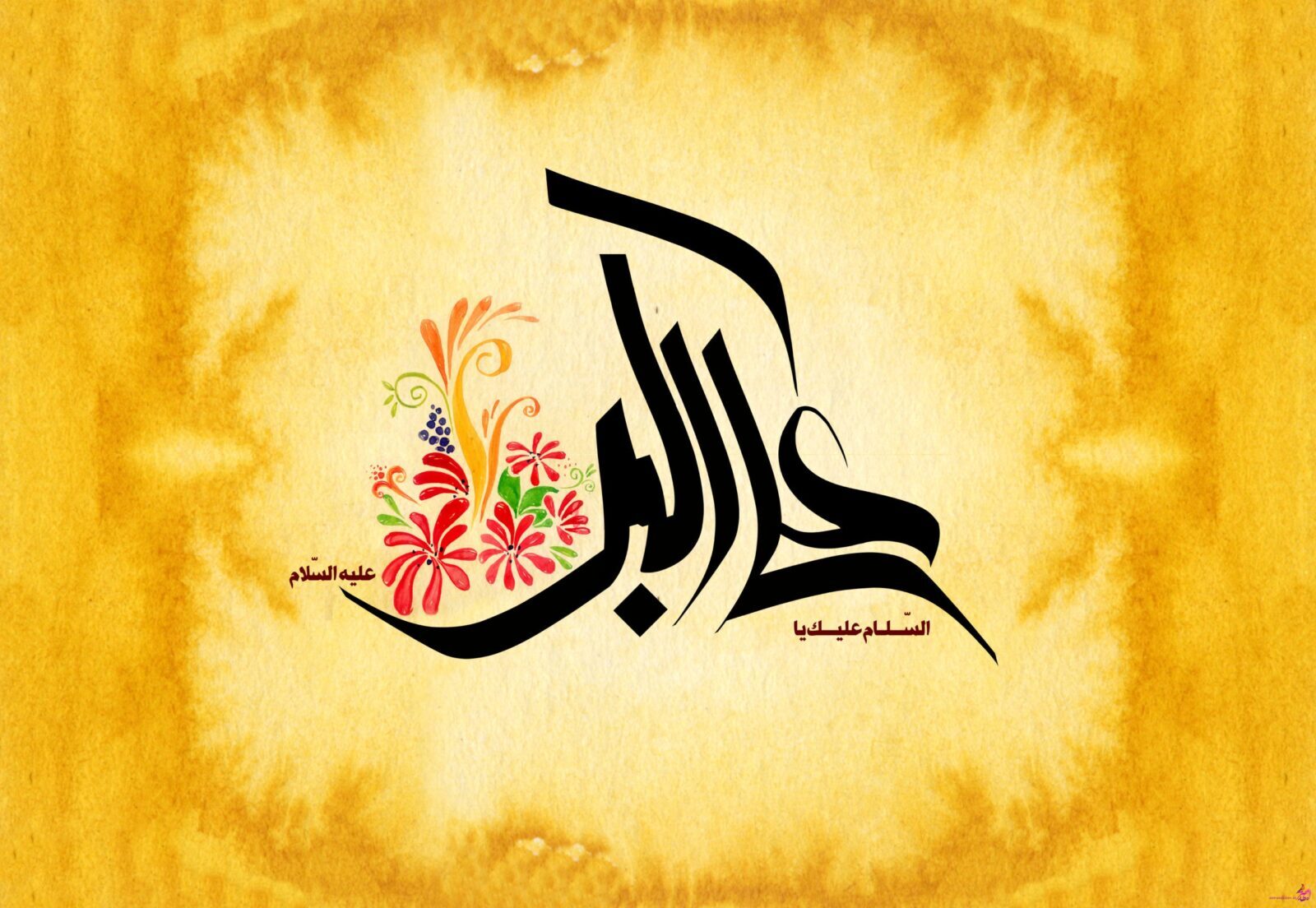 Heartiest congratulations to you all on a very auspicious day commemorated as Day of Youths. It is the day that is celebrated every year in the Islamic Republic of Iran as the Day of the Virtuous Youths, for it was on this day on the 11th of the month of Sha’ban that God had granted the Martyr of Karbala, Imam Husain (A.S.), with a meritorious son, who bore a striking resemblance to his grandfather, Prophet Mohammad (S.A.W.) in both appearance and, as Hazrat Ali Akbar (AS) grew up, in excellence of character. If you are ready we have prepared a special feature for you in this regard as motivation for all virtuous youths, please stay with us.

“That is the good news Allah gives to His servants who have faith and do righteous deeds! Say (O Prophet to mankind), ‘I do not ask you any reward for it (enlightening minds with Islam) except love of [my] nearest of kin…”

What you heard was ayah 23 of Surah Shura, which is a clear commandment of God Almighty for all those claiming to be Muslims. It explicitly states that the token of their gratitude towards Prophet Mohammad (S.A.W.) for delivering them from the darkness of ignorance, idolatry, oppression, and all sorts of vices, is their love and affection for his immediate family. In other words, it is an article of faith to adhere to the path of the Prophet’s immaculate blood-kin or progeny, whom God calls the Ahl al-Bayt and vouches their purity in ayah 33 of Surah Ahzaab with the words: “Allah desires to keep away uncleanness from you Ahl al-Bayt and preserve you spotlessly pure.”

Thus, to remove any doubts as to the identity of his Ahl al-Bayt, the Prophet has said without mincing words: “I am leaving behind among you the Thaqalayn (two invaluable things), the Book of Allah (Qur’an) and my progeny (Itrati) the Ahl al-Bayt. Hold fast to them and you will never go astray, for the two will never separate even when they return to me at the Pond (of Kowthar on Judgement Day).”

The hadith that we presented to you has been widely quoted by all denominations of Islam including the famous Sunni compilation called Sahih Muslim, although in some later works by certain denominations of Islam, the word Itrati (or my Progeny) has been replaced by Sunnati, which means my practice and behaviour. Scholars, both Shi’ite and Sunnis, have thoroughly scrutinized this hadith and reached the conclusion after checking the isnaad, that is, the chain of transmitters that the original word is definitely Itrati, since there is no doubt or dispute concerning the progeny of the Prophet, in contrast to his behaviour and practice that has unfortunately been subjected — either intentionally or unintentionally – to contradictory interpretation on what actually he meant and how he prayed. All ulema, however, are unanimous that the Prophet’s love and affection for his daughter, Hazrat Fatema Zahra, her husband Imam Ali, and their sons Imam Hasan and Imam Husain (peace upon them), along with the commandment for all Muslims to revere his Ahl al-Bayt, was an unquestionable, indisputable and inseparable part of his Sunnah.
We are indeed indebted to auspicious Sha’ban for taking up this lively discourse, especially since today happens to be the 11th of this blessed month, the day on which the Prophet’s younger grandson was blessed with a radiant son who bore a striking resemblance to the Almighty’s Last Messenger to mankind.

Named Hazrat Ali Akbar (AS), in honour of his Infallible Grandfather, Imam Ali (A.S.), his gait, voice and eloquent manner of speech brought memories of the Prophet to the people of Medina, Mecca and elsewhere. It is irrelevant here whether he was born in 33 AH and called Ali al-Akbar (Ali the Elder), as some claim, or was born in 42 AH and called Ali al-Asghar (Ali the Younger), as others state – the Elder Ali actually being Imam Zain al-Abedin (A.S.) while the 6-month infant martyr of Karbala was named Abdullah. What is important, however, is his presence in Karbala on the fateful day of Ashura or 10th Moharram in the year 61 AH that definitely drew the line between Muslims and infidels. It was for this reason that while sending his youthful son to the battlefield, Imam Husain (A.S.) held God as Witness, saying he was now offering as sacrifice a person who was the carbon copy of the Prophet. The Imam added: “Whenever we missed seeing Your Prophet, we would look at him.”

Irrespective of the fact that the “Imran” mentioned in this ayah could be Abu Taleb – that is, Prophet Mohammad’s uncle and the paternal ancestor of his progeny the Ahl al-Bayt – and certainly not the father of the Virgin Mary, since Prophet Jesus did not leave any issue behind, the question which arises is that: Was Murrah bin Munqadh who pierced the chest of the youthful Ali in Karbala with a spear and then cruelly twisted the blade inside the body, a believer in Islam? Moreover, could Yazid and his hordes who most brutally massacred the Prophet’s Ahl al-Bayt, be considered Muslims? Still, was the system called caliphate that brought the Godless Omayyads to power, Islamic? And last but not the least, shouldn’t we Muslims, not just for the sake of the ummah’s unity in this modern scientific era but for the course of our souls in afterlife, including the eventual meeting with the Prophet who will surely question us about the Thaqalayn on the Day of Judgement, summon the courage of faith to scrutinize the scandalous event of Saqifa Bani Sa’da and the blood of the Ahl al-Bayt it spilled when the victor of this dubious event led a gang of rogues to batter down the door of the house on the Prophet’s daughter Fatema Zahra (peace upon her), thereby breaking her ribs and causing the martyrdom of the stillborn Mohsin?

These are points to ponder as we celebrate the Day of Youth in the Islamic Republic of Iran on the occasion of the auspicious birthday of the Immortal Youth of Karbala, who bore striking resemblance to his great-grandfather, Prophet Mohammad (S.A.W.) and who thus introduced himself to his foes: “I am Ali, the son of Husain, the son of Ali, “By the House of God, we are those with the Prophet righteously, “By God, the son of a spurious son, will not judge us, “I will strike with the blow of a Hashemi, a Quraishi.

Here we present a homage in rhyme to Hazrat Ali Akbar as composed by Iran’s English language poet, Dr. Hassan Najafi: “The pious youth whenever was seen In decent dress, and apparel clean, In your name virtuous love fires every breast Your fate makes us mute awhile and suddenly distressed; Oh, let me fly a land that honours the brave Where he is buried there shall be my grave.

Hazrat Ali Akbar (AS) fought very bravely. No one dared come close to him in single combat after he had killed many well known warriors.

I seek Karbala’s land though in hospital be coast This youth’s grave there to me will host.
He reminds of the Prophet when struck the sight For his resemblance eyes towards him took a rapid flight.

Redress the clime and all its rage disarm You inherited from the Prophet the charm.

You calm and bred in the prophetic toil Befitted to martyrdom in the blood’s soil, You, a zephyr that soothes Husain’s breast; The spring of his hopes, and aspirations in you rest.
Of all the gentler morals he was a display– In him the cultured walk and he the charm of the way, Your birth furnishes us a feast Stretching north, south, west, east, In your love to be chained, we are so decreed The heart, once caught, can’t be freed.

In your person beauty lavishes its powers Your eighteen springs carry no fading flowers.
In your name is most sought aid It is an active light and in it a thoughtful shade.